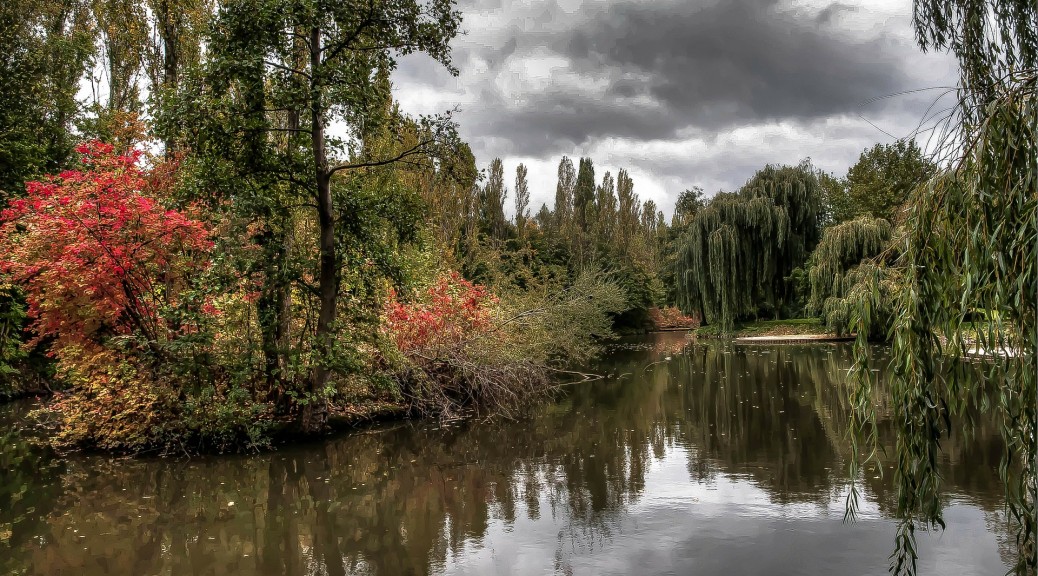 Nowadays, it is clear that economic development has globally exceeded the boundaries permitted by the environment. At this point, it is crucial to take a step back and ask whether it is purely our economic system that can be blamed for the environmental crisis that is rapidly emerging. Instead of arguing that a green economy is morally unacceptable and will only result in the further destruction of nature, one should consider whether the private sector can actually benefit from applying a market-based approach to the crisis while saving nature at the same time, clearly resulting in a win-win situation.

As there are no universally agreed upon strategies in fighting this issue using economic tools, it is only reasonable to give mitigation banks a chance to address the “economic invisibility of nature” and to help preserve and improve nature by giving wetlands and streams an economic value.

Is it possible to protect nature with money, in a world where money is the source of its destruction in the first place?

When answering this question, one should first ask whether money is actually the source of nature’s destruction. Theoretically, it is not the mere existence of an economic system that has caused our current environmental crisis. It is the way mankind has chosen to apply this system. Thus, it is not money itself that has originally caused this crisis, but the way it has been used up to this day, where economic development has clearly exceeded the boundaries that the environment permits. So, why not take a market-oriented approach to a problem that is caused by the creation of this market in the first place?

When suggesting an economic approach to the issue, it is logical to put a value on what is supplied to humans by nature. This can be called “the economic invisibility of nature”, the natural capital provided by nature to humans, which is ignored and therefore not priced. Moreover, as Pavan Sukhdev, an environmental economist, suggests, the environmental crisis is an economic opportunity for the private sector; yet, it is up to this sector to shoot this weapon in the right direction by making the right ethical choices when applying a market-oriented approach. Thus, putting a price on nature is not morally unacceptable per se and could be an effective starting point in fighting the environmental crisis.

The above mentioned private sector entails the symbolic trinity, which is necessary for an effective war against this crisis when applying this approach. This is a combination of (1) Politicians (ex: States becoming signatories to the Kyoto Protocol), (2) Businessmen (ex: Coca Cola and Shell investing in clean water for higher returns), and (3) Bankers.

These three actors have to harmonize their view on the status of money when fighting this crisis in order to reach a sustainable solution. Instead of elaborating on each actor individually, this article will focus on the role of a specific actor within the field of banking:

What is a mitigation bank?

Mitigation banking is a system composed of banks with credits and debits that aim to ensure that ecological loss is compensated for by preserving and restoring specific areas, thus aiming at avoiding the net loss of the environment.

As the verb “mitigation” suggests, the banks try to make the effects of certain projects ‘less harsh or hostile’, meaning they attempt to reduce the severity of the damage caused to natural resources, especially streams, wetland and the habitat of endangered species. Specifically, biodiversity banking provides means to place a monetary value on ecosystem services, trying to reduce the negative impacts by applying a market-based solution to improving biodiversity. Ideally, this method protects land, restores it and/or enhances it. This form of banking is applied so there is no net loss of a particular biodiversity feature.

How does mitigation banking work?

Among numerous environmental mitigation methods, mitigation banks are a crediting system established by bodies that provide credit to multiple parties in advance of development when the necessary compensation cannot be achieved at the development site itself or is not predicted to have a beneficial effect upon nature. While commercials banks have cash assets that can be sold and loaned, mitigation banks have credits that can be sold to actors who attempt to offset mitigation credits. The actors purchasing these mitigation credits are generally speaking entities or individuals undertaking commercial projects. These credits can be granted based on different criteria. For example, in the United States of America, banks value the projects of individual actors based on what the intentions of the project are and if they may preserve, enhance, restore or create (PERC) a natural resource.

A mitigation banker purchases a damaged area it wishes to regenerate and develops the necessary projects with bodies such as a review team for mitigation banking and one for conservation banking depending on the goal of the conductor of the project. These agencies are also involved in the establishment of mitigation credits that the bank will be competent to earn and sell with a particular restoration project. Following, these credits may be bought by any actor who plans to undertake commercial development that will in the process have a negative impact on the ecosystem of or near this bought area with the intention of offsetting it. The banker is not only responsible for the short-term effects, but also for the long-term effects over this area.

Can banks actually protect nature and profit from this at the same time?

In conclusion, the method at hand, provided by an actor of the symbolic trinity of the private sector, does aim to preserve and improve the damaging side effects of our economy using a market-based approach involving the pricing of nature; however, still involves damage and loss to natural resources in the first place and is therefore not considered a sustainable method per se. However, for the time being, in a world where ‘money talks,’ and therefore, a market-based approach seems to be the most convincing arrow to shoot, mitigation can be considered the best possible alternative, as it provides a source for cash that can be used for the conservation and restoration of natural resources. Yet, having credits to improve damage will result in the reliance on artificial maintenance instead of natural resources, which may postpone and eventually worsen the issue. Consequently, it boils down to the following question: “can we recreate ecological functions and move them around the landscape, and yet not lose a part of our environment that we might not yet fully understand?” (Luna Leopold).

Ebru Akgün is currently a student at Ankara University and a graduate student from the University of Groningen where she completed her Bachelor degree in International & European Law. Being half Dutch, half Turkish, she has developed an interest in international matters within law, mainly centered in finding alternative economic instruments that can substitute the lack of enforceability in areas of law at an international and regional level.