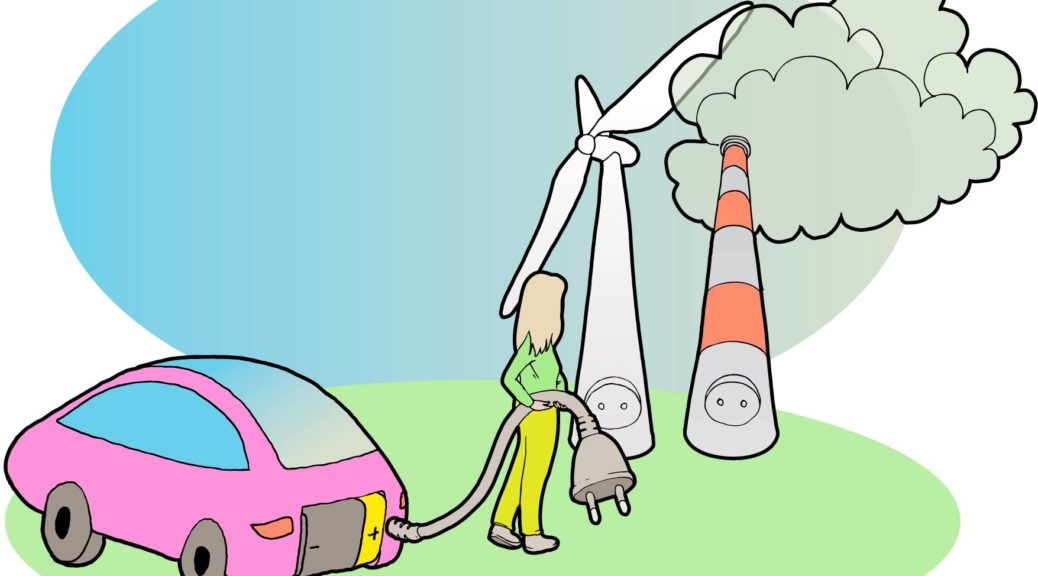 “The point of the Gigafactory is to drive the cost of batteries down to the point where it is affordable. Batteries are critical to a sustainable energy future.”

– Elon Musk, in the documentary ‘Before the Flood’.

This year, electric car manufacturer Tesla Motors expects to finish construction on the world’s largest lithium-ion battery factory: Gigafactory 1, located in Nevada, United States. The Gigafactory marks the start of Tesla’s mission to electrify transportation and accelerate the world’s transition to sustainable energy. As Tesla CEO Elon Musk points out in the documentary film ‘Before the Flood’, the aim of the Gigafactory is two-fold: to significantly reduce the production cost of lithium-ion batteries and to help create a mass market for low-emission electric vehicles by the end of the decade. Unfortunately, we no longer have the gift of time when it comes to climate change. Therefore, Elon Musk’s vision to mass-produce affordable electric cars by building multiple gigafactories across the globe seems like a practicable immediate solution.

From a business perspective, Tesla has strong reasons for building a Gigafactory. Moving battery production and car manufacturing all under one roof is cost-effective; factory space may be expanded or decreased depending on market demand for batteries or vehicles. Once Tesla achieves a reduction in the production costs of its batteries and vehicles, it may accelerate consumer demand for electric cars by making the latter cost-competitive with similar gasoline-powered vehicles. A massive factory would also accommodate Tesla’s most recent business ventures in battery storage facilities and home batteries.

It needs to be made clear that while the Gigafactory could contribute to making electric cars more affordable, it is not (yet) the perfect all-encompassing solution for green transportation. There are concerns that mass production of lithium-ion batteries could lead to other environmental issues. Tesla’s high-performing batteries rely on rare metals that are often dug out of the earth and processed in less than environmentally friendly ways. Lithium mining, which involves drilling holes into salt flats and extraction through a chemical process, leads to the release of toxic chemicals that can harm communities, ecosystems and food production.

Furthermore, if we are to make electric cars a success from an environmental standpoint, attention will also need to be directed towards how electricity which powers them is generated. For example, “electricity from coal, which is the most polluting way to generate power, drastically reduces the environmental advantage for [electric vehicles]”.[4] A 2013 study by scientists at the Norwegian University of Science and Technology suggests that in countries that rely heavily on power generated by coal, life cycle analysis of electric vehicles shows that they are almost twice as polluting as conventional cars.[5] On the other hand, in countries where electricity is produced from sustainable energy, electric cars will quickly outperform gasoline-powered vehicles in terms of their overall environmental impact.[6]

Tesla’s strategy to bring down the cost of lithium-batteries to the point where electric cars are affordable is certainly a welcome development in the battle against climate change. I firmly believe that a wide-scale transition to the use of green energy for transportation is fundamental in cutting emissions and slowing down global warming. However, if we are to make electric vehicles truly sustainable, progress is still to be made on two fronts: how electric vehicles and their batteries are manufactured and how the electricity that powers them is generated. When it comes to Tesla, I am hopeful that in the future it will uncover greener lithium extraction methods, and recycle those metals that are already above the ground.

Bart van der Geest is a graduate student in information technology law at the University of Strathclyde in Glasgow. He is currently specializing in intellectual property, e-commerce, privacy law, cybercrime, and telecommunications law. Outside of his studies, Bart has a passion for new and upcoming technologies and video games and enjoys writing about a wide variety of topics, including sustainable energy and climate change.