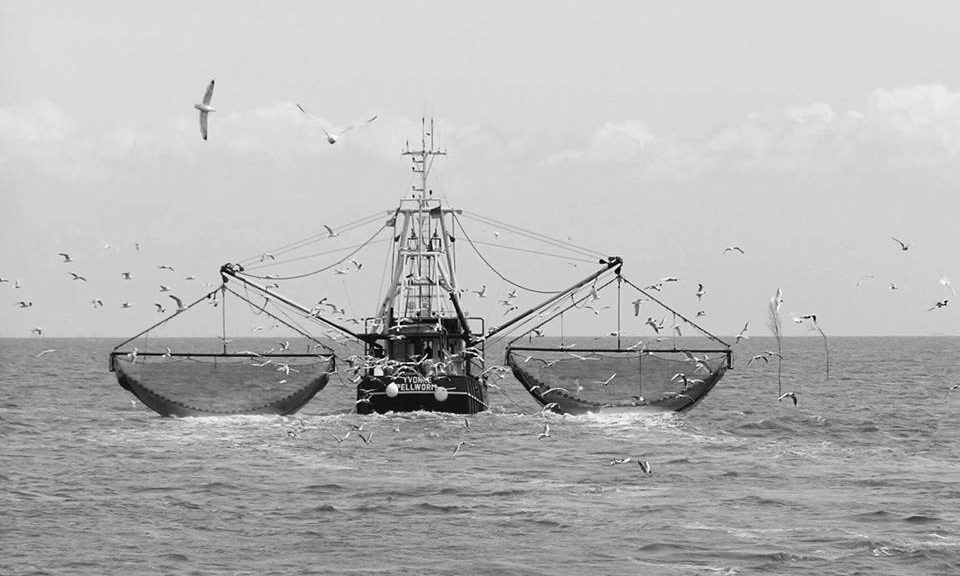 “Which causes more greenhouse gas emissions, rearing cattle or driving cars?” So begins a 2006 report from the Food and Agriculture Organisation of the United Nations about the harmful effects of the production of meat on the environment (read here).

It may come as a surprise, but it has been proven time and again, as in this UN report: the meat industry is the single most harmful factor to the environment. There are a number of reasons for this, including greenhouse gas emissions, species extinction, and water use. If you would like to read further on this topic, I will be writing a series of blog posts about the harmful effects the meat industry has on the environment and the growth of veganism.

In response to this revelation, we, as a species of moderation, try to find more favorable solutions to the problems we face. As such, some people choose to eat fish rather than meat, arguing that it is healthier and seems to offer a ‘half-way house’ to not eating livestock. However, as far as the environment is concerned, this should be taken with a large pinch of salt. The oceans are out of sight, out of mind, but that does not mean they are not also racked with problems of their own.

The first major problem is that of by-catch. Fishing trawlers use nets the size of a small village to scoop up vast quantities of fish from the high seas. Yet, edible fish is not the only thing these nets catch: around 20% of all fish caught by US trawlers alone is thrown away each year (read here), amounting to nearly two billion lbs (over 900,000 tonnes) worth of fish, dolphins, turtles, sharks and sometimes whales which are of no use to the industry.

In addition to these huge nets, fishing companies in the Pacific Ocean have reportedly used (literally) explosive fishing practices. ‘Blast fishing’ by using a bomb in the water to kill fish which then float to the surface and can be easily picked out of the water is most popular in South East Asia but is also practiced in other parts the world. As a result, the largest bank of coral reef in the world, in the Phillippines, is now reportedly becoming a ‘desert’ of dead or dying coral and the ecosystem that thrived there only 10 years ago now no longer has a home (read here).

Another problem is waste plastic in the oceans. Most plastics used in our everyday lives do not degrade; instead they break down into smaller and smaller pieces of plastic. These tiny pieces of plastic look and act very much like plankton. Fish try and eat them, and are very often killed by absorbing the chemicals from this plastic in their stomachs.  Research from the European Commission on the Mediterranean Sea showed 1 in 6 fish inspected had pieces of plastic in their stomachs (read here). In addition, it has been estimated there is almost 6 times more plastic in our oceans than plankton, amounting to around 269,000 trillion tons of plastic. The chemicals released by these plastics into our oceans are highly toxic to fish and other marine life but also to humans who consume it.

Question 1: what may be a solution to this depressing news? Some companies of tinned fish advocate fish farms as a solution, adding “line caught” onto packaging to reassure consumers their fish is sustainable. On the contrary, most fish farms are in fact a very harmful source of pollution. Fish are kept in tiny tanks, fed artificial food rich in protein and coloring. In addition, carnivorous fish such as tuna need to be fed fish which in turn must be taken from the ocean. Therefore, fish farms tend to add to the cycle of demand on the oceans. On a positive note, there are some rumors of some fish farms that endeavoring to make a positive change, but the author has failed to find any success stories as of yet.

Question 2: what are we supposed to do about this? The unhappy conclusion is that fish, unfortunately, is not the sustainable replacement to meat from livestock that many believe it to be. Unless you are lucky enough to live near a source of your own which you can sustainably exploit, the easiest solution to this problem is, undoubtedly, to leave fish off your plates.

Nathalie Bienfait is the Editor-in-Chief of Viissi, having held the same position in the Nexus Magazine in the University of Groningen. Having now graduated with a bachelor in International and European Law, she is now focussing her editing experience and interest in the environment on Viissi. As part of her studies she completed an exchange semester in the greenest city in Europe, Ljubljana, Slovenia. She is now pursuing a career in marketing in a law firm in London.

Food and Agriculture Organization of the United Nations, Livestock a Major Threat to Environment, http://www.fao.org/newsroom/en/news/2006/1000448/index.html

National Geographic, Plastic Breaks Down in Ocean, After All — and Fast, http://news.nationalgeographic.com/news/2009/08/090820-plastic-decomposes-oceans-seas.html

The Society Pages, Fish Farming No Solution to Overfishing, https://thesocietypages.org/socimages/2012/11/07/fish-farming-no-solution-to-over-fishing/