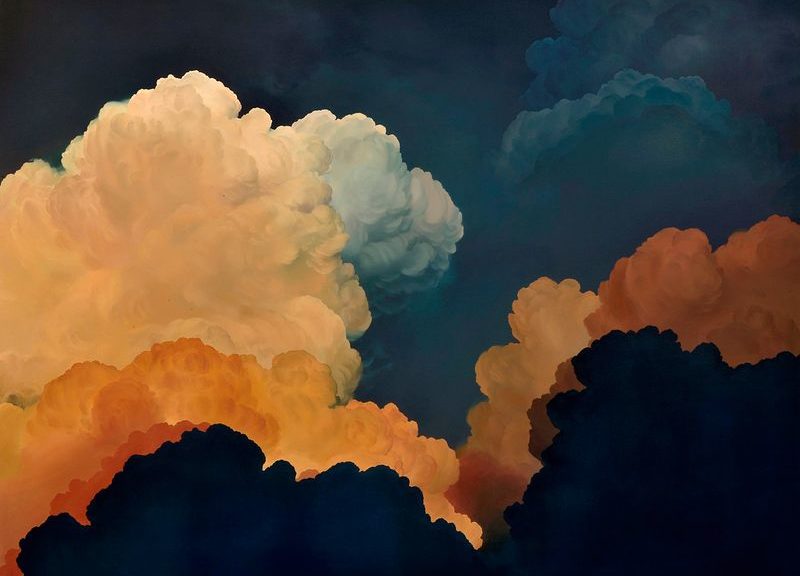 London is “eclipsed with such a cloud of sulphur as the sun itself is hardly able to penetrate,” wrote the 17th century writer John Evelyn.[1] The same city would later fall victim to one of the most devastating air pollution events in history: In 1952, a smog of sulfuric acid killed an estimated 12,000 people and hospitalized 150,000 over the course of a mere four days. This incident would lead to the adoption of the British Clean Air Act of 1956.[2] From that moment , Europe and the United States have made serious efforts to improve its air quality: Between 1990 and 2009-2011, European sulphur emissions fell by 76 percent[3], and PM2.5 (a hazardous particle) by 35 percent.[4] Similar reductions in air pollution have been reported for the United States.[5]

Despite these improvements, there are still many cities in the world that suffer from horrendous air quality. In Beijing, the average PM2.5 level is so high that breathing the air is the equivalent of smoking 4 cigarettes a day.[6] In other countries, such as India and Saudi Arabia, it is even worse. The World Health Organization found that 2008 and 2013, global urban air pollution increased by 8 percent. For cities above 100,000 inhabitants, the statistics are even worse: 98% of them suffer from unhealthy air.[7] Nevertheless, these countries are now also dealing with the effects of air pollution through policies such as limiting car usage and replacing coal-fired energy with hydropower and nuclear [8-11].

There is, however, one potential downside to the clean-up of the atmosphere. Although sulphur (in the form of black carbon) by itself is a strong contributor to man-made climate change, it also has a cooling effect: atmospheric sulphate aerosols reflect sunlight, preventing it from reaching the earth’s surface. Although this mechanism is not well-understood [12], scientists believe that the cooling effect of sulphate aerosols outweighs the warming effect of black carbon.[13] According to a number of estimates, cleaning up sulphur emissions could exacerbate climate change by between 25 and 65 percent.[14] [15] In other words, by reducing our sulphur emissions we are inadvertently engineering our climate, and warming the planet even further.

Since the health benefits of reduced sulphur pollution are not negotiable, this exacerbated warming must be accounted for in other ways. One of the proposed solutions is based on the very mechanism described above. Solar Radiation Management (SRM) was proposed by Nobel Prize-winning atmospheric scientist Paul Crutzen as a potential solution to reduce global warming. It involves injecting sulphur particles into the stratosphere, where they modify the albedo (reflective capacity) of the air, but do not harm people. Crutzen argues this is necessary because there is “little cause for optimism” about humanity’s ability to reduce emissions in time to avoid dangerous climate change.[16]

However, SRM has attracted criticism for having some fundamental problems. A number of studies have identified potential dangers associated with inserting sulphur particles into the atmosphere, such as reducing overall precipitation, exacerbating regional temperature differences and causing ocean acidification.[17]  [18]

Yet, a significant part of its criticism is not based on technical, but social grievances. Opponents of SRM argue that the adoption of technofixes for the warming climate reduces our willingness to make the drastic emission cuts required. [20] For example, Republican lawmaker Newt Gingrich mentioned that “[i]nstead of penalizing ordinary Americans, we would have an option to address global warming by rewarding scientific invention.”[22]

Such a stance would imply that actual emissions reductions could be postponed or even reduced, which is scientifically inaccurate for two reasons: First, SRM by its nature would be a temporary fix, and must be kept running indefinitely unless we actively reduce the amount of greenhouse gasses (GHG) in the atmosphere.[23] Second, SRM reduces temperatures unevenly around the globe: Areas such as the tropics which receive the most sunlight will see stark reductions in temperature, while it will do much less for the high polar regions.[24]

Despite the various risks and technological downsides of Solar Radiation Management, in this piece, I will still argue for further research in and even potential adoption of Climate Engineering, for two reasons which are outlined below.

As our climate is changing, a number of processes are put in motion. Perhaps the most well-known of these is the melting of the arctic ice caps: As the atmosphere warms, the (Ant)arctic sheets and glaciers retreat, reducing the reflective capacity of the earth’s surface.  Ironically, this is called a positive feedback loop, and it reinforces global warming. There are a number of other positive feedback loops, such as melting permafrost which releases methane [25] and CO2-induced acidification, which releases sequestrated carbon through mass mortality of plankton. [26] Taken together, these feedback loops mean that as our climate warms up, it will also increase the rate at which this warming occurs. This means that global warming could spiral out of our control (‘runaway climate change’) if we fail to make the necessary emission cuts in time.

Therefore, there is a great need for a tool that could help us avoid dangerous tipping points in the short term. Certainly, there are significant risks involved with SRM, but we must have a global discussion about whether these are significantly worse than a catastrophic tipping point which could alter our global climate irreversibly. The main issue is that tipping points are incredibly difficult to predict, and the technical risks of SRM are not yet well understood. Until we can determine these with greater certainty, SRM research and development should continue, to prepare us for the worst.

The CBD ban, as well as stigma on SRM research, has seemingly done little to discourage experiments. Rather than dismantling their research programmes, many countries have continued but taken them underground. In fact, an addendum of the same CBD text which ‘banned’ geoengineering (the legal nature of it is still disputed) also noted that “very few Parties responded to the invitation to provide information on measures they have undertaken in accordance with decision X/33.”[29] Countries such as the UK[30] and Russia,[31] still appear to fund and develop geoengineering programmes, and the US is considering launching their own programme.[32]

One of the main issues in this regard is the incredibly low cost of SRM compared to regular abatement strategies: Scientists have estimated that releasing the amount of sulphur into the atmosphere that counteracts the increase in GHG forcing over the next 50 years would have a price tag of less than 8 billion USD per year.[33] That puts the technology in reach of the governments of small-to-medium sized countries, or even companies and individuals. As the World Economic Forum warns in their Global Risk Report, “an island state threatened with rising sea levels may decide they have nothing to lose.”[34] Putting a full moratorium on research that could help our understanding of SRM also means we will be unable to prevent disastrous outcomes if individual countries choose to act on their own.[36]

Many proponents, including Crutzen, propose CE only as a solution when all other means have been exhausted. I agree that it should be exactly this:  this policy is a last resort that should only be invoked when the alternative is for humanity to perish. Clearly there are significant issues that remain, such as the severe difficulty in conducting small-scale SRM experiments.[37] Nevertheless, we must push forward: Choosing to halt research into a technology which could potentially prevent our extinction would be just as self-destructive as not regulating it at all.

Pim ten Haaf is a graduate student at Wageningen University and Research Centre. With a background in forestry and climate change, he writes about the role of energy, forests, and agriculture in climate change and the global economy. Before becoming a writer at Viissi, he interned at the Hague Centre for Strategic Studies and Chatham House where he wrote on energy security, agricultural commodities and climate change.

Other Posts by Pim

— Low Oil Prices and the Global Economy: Why OPEC’s Lifeblood has dried up.

— Windmills and Tar Pits: The Effects of Low Oil Prices on the Environment.

[21] Hale, B. (2012). The world that would have been: Moral hazard arguments against geoengineering. Engineering the climate: The ethics of solar radiation management, 113-131.