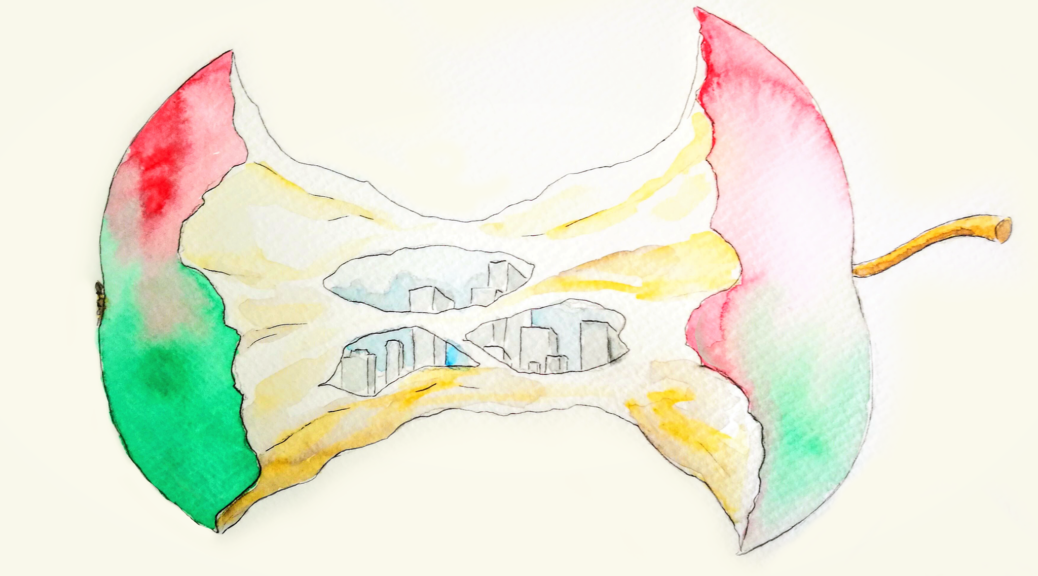 Cities are the culmination of human prosperity and ingenuity; the melting pot of culture and identity; and the newest biome of our planet – the ‘concrete jungle’. But within this analogy, the emphasis rests firmly on ‘concrete’, disregarding any biological notions of a jungle. Ecological productivity has been substituted with structures of economic growth, biodiversity with societal multiplicity.

Naturally, the city is not a place in which you would expect to harvest carrots. However, the lines between city and rural, producer and consumer, farm and firm, are beginning to blur, due in part to an undeniable rise, over the past decade, of urban agriculture. Right in the heart of the urban fabric, people the world over are cultivating their backyards, parks and even rooftops, bringing green to the grey.

Throughout human history, cities and agriculture have been intimately tied. In fact, advances in agricultural production is cited as a crucial factor in genesis and growth of the first cities. Surviving on accumulated rural food surpluses, humanity’s first ‘urbanites’ were able to specialise in sectors, rather than focus simply basic survival, propelling innovation. However, hinterland food production and urban consumption have remained distinctly segregated, with the Green Revolution of the 1930-60s enhancing this divide.

Despite unprecedented crop yields, the global food system has failed to make the world ‘food secure’, with ~800 million people still undernourished worldwide (1). Tragically, the simple fact is that enough food is produced to feed every person on this planet (2). Thus, the occurrence and interaction of four principal components, identified by the UN’s Food and Agriculture Organisation (FAO), cause certain populations to be food insecure:

— Food utilisation: adequate diet to reach a state of nutritional well-being where all physiological needs are met;

— Food stability: access to adequate foods at all times (3).

As a result of the segregation and consolidation of the global food system, the grocery store has become the vital and sole source of food for the vast majority of urban inhabitants. While recognising the benefits of the unprecedented quantities of food production seen today, the reliance on the grocery store can create significant problems.

It is not uncommon for food to cost up to 30% more in urban grocery stores than in their rural counterparts (4). Furthermore, there is a disproportionately high number of highly-processed and less nutritious ‘fast-food’ outlets in poor urban neighbourhoods – aptly labeled a ‘food swamp’. The distinct reduction in the ‘food access’ of nutritious and healthy foods, causing low ‘food utilisation’, has been an appreciable factor in the rise of the global obesity epidemic (5).

Compounding these challenges is the increasing volatility of the global food system. Of course, who doesn’t love having the ability to eat fresh strawberries in mid-January, but events such as the 2007/08 global food price crisis tragically illustrate its flaws, with the prices of some staple foods like rice rising by over 80% (while agri-business recorded record profits) (6). As a result, vulnerable urban populations, at the ‘whim of the grocery store’, are left crippled by food insecurity. In the USA, for example, numbers of those classified as ‘food insecure’ has seen a significant increase, which is yet to fully subside.

Recognising the growing contempt for the global food system, many groups hail urban agriculture as a promising solution to contemporary challenges surrounding food insecurity. Far from being a new activity, urban agriculture is recognised as an important feature in the lives of many of the poor inhabitants of the cities of the global south. Urban agriculture has blossomed in cities such as Havana, Cuba and it is thought that over 40% of inhabitants of Bamenda, Cameroon are actively engaged the activity (8).

Urban agricultural movements are finding rising popularity within the western world, propelled by the growing ‘foodie’ culture favouring novel and organic methods of food production driven by the notion that ‘local is better’. Urban agriculture certainly takes this to heart. But just how much of a role can urban agriculture play in the transition towards a more sustainable and equitable food system?

Max Russell is a graduate student in Urban Management and Development at the Institute of Housing and Urban Development Studies in Erasmus University Rotterdam, and has a background in BSc Geography. He has an interest in areas of sustainable development including the circular economy, food security, climate change and community based renewable energy. He is currently writing his masters thesis on governance arrangements to promote the circular economy. He loves long evening walks in the moonlight and 18th century French poetry, amongst other things.

Part 3/6: Crops From Concrete. Growing movement in the West. (Incoming)

Part 4/6: Race To The Table. Food sovereignty and urban agriculture. The Case of Detroit, USA. (Incoming)

(1) FAO. (2015). ‘The state of food insecurity in the world: Meeting the 2015 international hunger targets: Taking stock of uneven progress’. Food and Agriculture Organisation of the United Nations, Rome.

(2) FAO. (2003). ‘Unlocking the water potential of agriculture’. Food and Agriculture Organisation of the United Nations, Rome.