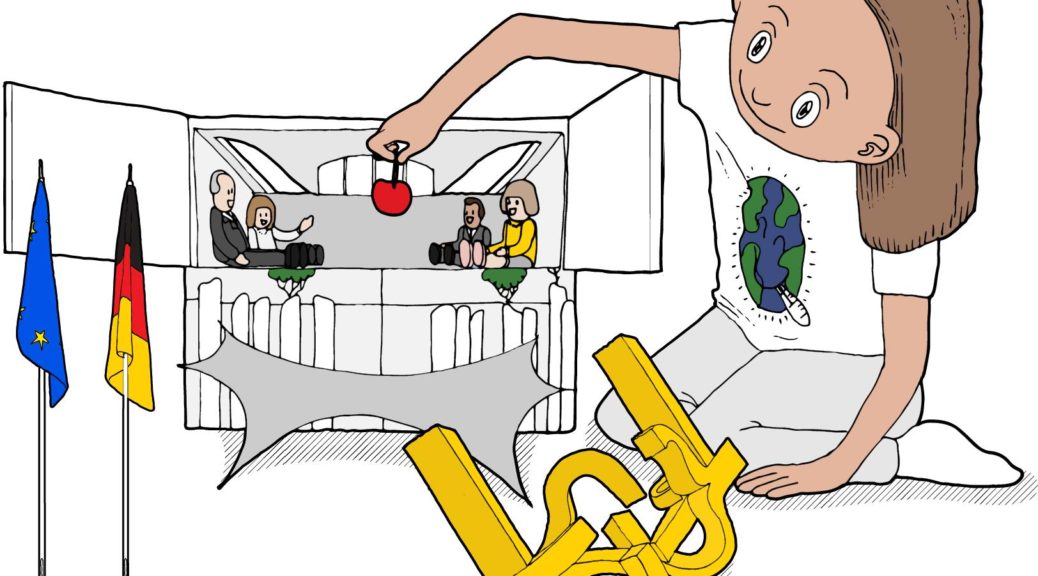 “I was vilified on the editorial pages of the Wall Street Journal, on Fox news that I was a fraud. I was being attacked by Congressmen, I had death threats (…) I had threats made against my family. (…) These folks know they don’t have to win legitimate scientific debates, they just have to divide the public and all of that hatred and fear is, in fact, organized and funded by a few players.”

– Michael E. Mann in the documentary “Before the Flood” on what happened after he and his colleagues published their study about the abrupt warming of the world’s climate, the so-called Hockey Stick Controversy, in 1998.

Dividing the public on an issue that 97 percent of climate scientists agree on seems like an unnecessary task to begin with. However, “Before the Flood” shows a detailed network of fossil fuel companies in the United States that financially support different institutes and high-level politicians to effectively discredit climate change science.

Assuming that this misinformation campaign is mainly an American problem, I started researching climate deniers in Germany, expecting not to find many. I was wrong:

A study of the German Federal Environmental Agency has named the “European Institute for Climate and Energy” (EIKE), Fritz Vahrenholt, Sebastian Lüning and a few other individuals as climate change deniers in Germany. Vahrenholt and Lüning have written a book titled; “The Cold Sun. Why the Climate Catastrophe does not come to pass”, in which they question basic findings of climate science.

I decided to take a look at the website of the “European Institute of Climate and Energy” (EIKE) myself. Their header reads: “It is not the climate in danger, but our freedom! Environmental protection: Yes! Climate Protection: No”, which already sounds like a lot of cherry picking to me.

In 2010, the spokesperson of EIKE said that the institute does not need climate scientists since there is no scientific proof that CO2 heats up the atmosphere. This says a lot about the calibre of “scientific” articles published on the website.

According to their website, EIKE was founded to battle the ‘debate of fear’ surrounding climate change, influenced by German media, politicians, and institutes, who they believe use factually flawed information and follow a certain ideology. The goals of EIKE, as stated by their website, are the creation of a public forum for climate and energy facts, the organization of conferences, and the publication of climate science “specifically from EIKE-members”.

The institute describes itself as independent from party affiliations and committed to environmental protection and the economic use of resources. They are a registered non-profit organization and receive funding through member contributions and donations. In Germany, however, those donations do not have to be published, so it is not known who donates money to the institute.

The president of EIKE, Dr. Holger Thuss, is also the Co-Founder and Executive Director of CFACT Europe – the European branch of the Committee for a Constructive Tomorrow (CFACT). This U.S. organization is known for being financed by big automobile and oil companies in the United States. Furthermore, Ph.D. H. Sterling Burnett also sits on the board of CFACT, while is also a member of The Heartland Institute, which is named in “Before the Flood” as one of the organizations founded by the Koch brothers – one of the largest family-owned fossil fuel companies in the United States – to spread public doubt about climate change.

In 2010 Holger Thuss gave an interview in the blog “Die Freie Welt” (The Free World), in which he explains that CFACT received $577,000 from EXXON between 2000 and 2007. The blog is published by Sven von Storch, husband of Beatrix von Storch, a politician of the Alternative für Deutschland (AFD), the conservative Populist Party in Germany. Holger Thuss is also a local politician from Jena of the German Conservative Party (CDU). The vice president of EIKE, Michael Limburg, is a member of the AFD and their consulting committee for energy policy.

The claim of the website not to be affiliated with political parties seems to be invalid, which is also clear at the annual conference EIKE organizes every year in Berlin. The International Climate and Energy Conference has been sponsored at least once by CFACT Europe, which they state on their website. One of the speakers at the 2016 conference was Philipp Lengsfeld, a member of the German Parliament of the German conservative party (CDU), who praised the work of EIKE as a “service for science and democracy”. Another speaker was Sebastian Lühning, author of the aforementioned book questioning climate change.

According to EIKE‘s website, the highlight of the conference was a live stream to Washington D.C. with Myron Ebell, who has been chosen by Donald Trump to lead the Environmental Protection Agency (E.P.A.). Ebell is a well-known climate change denier, and director of the Competitive Enterprise Institute which is partly financed by the coal industry in the United States.

Concluding, I find that there is no proof that fossil fuel companies donate directly to the European Institute of Climate and Energy. However, even shallow research shows that the institute has close ties to American think tanks known to be financed by such companies. Not surprising, therefore, is a comment on EIKE’s website after this year’s conference: “With the 45th [American] President begins an aspiring time for EIKE (…)” It seems that in times of rising populism, climate change deniers see their chance to thrive.

Thinking that climate change denial does not exist in Germany turned out to be a naïve thought. With a paltry three per cent, climate change deniers represent a very small group in the world. It is, therefore, not surprising that these individuals continue to work even more closely together to try and strengthen their influence on public opinion and policy.

Michael Mann – A Look Into Our Climate: Past To Present To Future

Melissa Strassner is a graduate student in political communication at the University of Amsterdam and has a background in political science with a minor in law. Before writing for Viissi, she spent a year abroad in Spain, interned at a local newspaper and at the European information center in Berlin. Her special interests are European and German politics and communicating climate change and sustainability to the public.

BEFORE THE FLOOD BLOG: