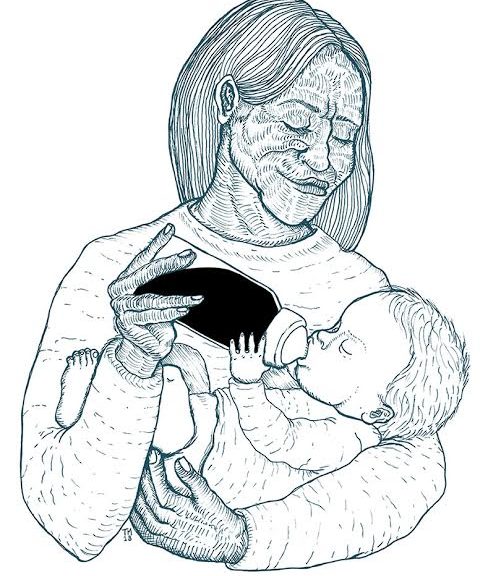 This piece is the first in a two-part series on the recent collapse of oil prices and the effects of the changing oil market on sustainable development around the globe.

Over the last month, global crude oil prices have frequently been dropping below $30 per barrel, a drop from $120 per barrel in 2014. Cheap oil is a boon for many Western countries but ravages oil exporters who depend heavily on its revenues. How did this low oil price come about, and will it last?

For decades, oil has played an essential role in the world economy. It powers our cars, lights our homes, and many of the products we consume – such as plastics – are based on oil. It is deemed so important that countries such as Britain and the United States have on multiple occasions intervened militarily to secure its supply, occupying oil fields near Mosul and staving off an Iraqi invasion of Kuwait.[1]

For decades, its price was controlled by the Organisation of Petroleum Exporting Countries (OPEC). Whenever prices threatened to go down, this consortium would collectively cut production to keep prices stable. It was a win-win at the time, with OPEC getting rich off its oil proceeds, and the Western world experiencing a secure supply of its coveted resource.

However, near the end of 2014, the world saw oil prices dropping. At first, OPEC was not too concerned, but when oil prices started to break $60 per barrel they got a little worried. Little did they know that prices would reduce even further, going as low as $30 per barrel at the end of 2015. These oil exporting countries, who had been used to excessive spending under high oil prices, are now running massive budget deficits.[2] Their good fortunes seem to have run out.

Historically, OPEC would just cut production and prices would return to ‘healthy’ levels. But this does not seem to work anymore. Now countries such as Venezuela, 97% of whose exports consist of oil, [3] are experiencing social unrest. Even bastions of economic stability such as Saudi Arabia are struggling with public discontent about the current situation.[4] To explain how this all happened, we need to look at three different developments, which together resulted in the current crisis.

The first reason that oil prices – and commodity prices in general – are suffering is because of the recent struggles in the Chinese economy. As the world’s primary manufacturer, it plays an important role in the demand for raw natural resources. Oil companies around the world gambled on China and opened new oil wells, severely increasing the supply of oil on the market. But now that demand isn’t as robust as producers had imagined, suddenly there is a large surplus of oil – i.e. the prices are going down rapidly.

The second important development that led to the low oil prices is the emergence of oil production in the United States. Although the U.S. always had its own oil fields in Texas, it recently expanded its oil production as a result of new technological developments. Through hydraulic fracking, oil companies were able to produce oil which was previously not possible. This ‘shale revolution’ flooded the market with new oil, bringing prices down. But it had another important effect.

The United States, historically an importer of oil, was not a member of OPEC, and therefore did not participate in the coordinated production cutbacks which would drive the price back up. This reduced the ability of OPEC to dictate prices because any production decrease within countries such as Saudi Arabia or Algeria would be matched by a production increase in the United States. It didn’t help that many OPEC countries were reluctant to cut production since their budgets depend so heavily on oil. Compounded by the fact that many OPEC countries were already cheating – exceeding their oil production ceilings for some additional income – OPEC’s traditional response was deemed largely ineffective.

Therefore, OPEC decided to resort to a different tactic. Rather than controlling supply to increase prices, it is now massively expanding its own oil production to drive prices even lower, and hopefully, drive American shale oil producers out of business. However, US shale oil producers have proved to be more resilient than many anticipated: In 2015, US oil production increased despite oil prices hovering around $50 a barrel. And even now, with oil prices at $30 and lower, a decline in production has only just set in.[5] Arguably, it has only created more problems for some OPEC countries such as Nigeria and Angola, whose break-even prices for oil are much higher than, for instance, Saudi Arabia.

NEXT POST: Windmills and Tar Pits: The Effects of Low Oil Prices on the Environment

Whether these low oil prices will last is still heavily discussed. Some analysts expect low oil prices to persist in the short term. Part of this is due to the lingering oversupply,[6] but another contributing factor is the lifting of sanctions on Iran, which allows another major oil producer to enter the global economy.[7] However, there are also those who predict a strong price increase in the long term, because declining US production and investments which are cut back now will lead to shortages in the next few years.[8] Until that happens, the world will continue to burn cheap oil for its development and growing consumption. Whether we like it or not.

Update 15-11-2016: Brent crude prices have recently risen to $50 per barrel as a result of supply disruptions in Libya, Venezuela, Nigeria, Canada and reduced shale production in the United States.[1] EIA forecasts prices to stabilize around this price point, still well below average prices over the last five years.[2] As such, the conclusions of the article still stand.

Pim ten Haaf is a graduate student at Wageningen University and Research Centre. With a background in forestry and climate change, he writes about the role of energy, forests and agriculture in climate change and the global economy. Before becoming a writer at Viissi, he interned at the Hague Centre for Strategic Studies and Chatham House where he wrote on energy security, agricultural commodities and climate change.

Part 2/2: Windmills and Tar Pits: The Effects of Low Oil Prices on the Environment