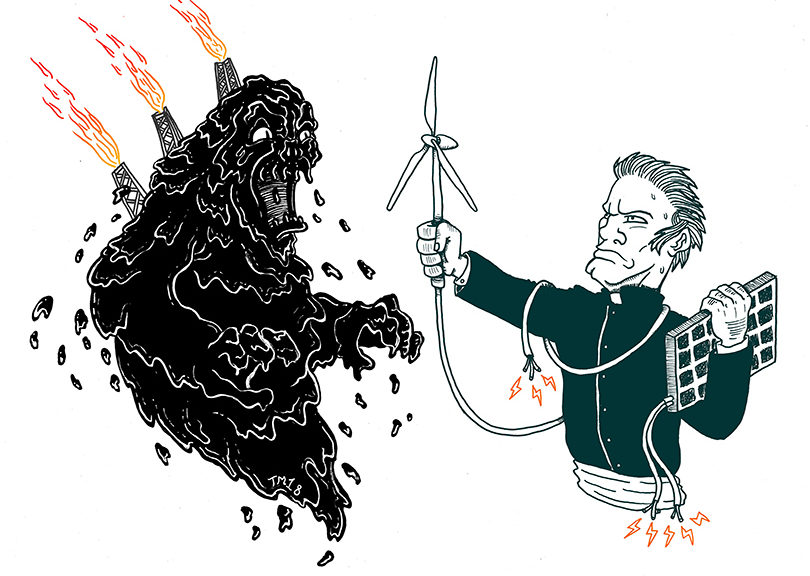 In my previous article, I explained how oil prices collapsed rapidly during 2016. Although the most direct effects of this development are likely to be found in the OPEC (Organisation for Petroleum Exporting Countries) countries, who rely directly on oil for their prosperity, a low oil price has profound impacts on other parts of the economy as well. Therefore, it is incredibly important for the future of sustainable development. But what are the actual effects of such low prices, and will these effects be for better or for worse?

PREVIOUS POST: Low Oil Prices and the Global Economy: Why OPEC’s Lifeblood has dried up.

As of July 2016, the world has experienced a solid two years of low oil prices. The effects for some have been clear: companies, such as BP and ExxonMobil, have been forced to lay off thousands of workers and saw their earnings dramatically reduce as their main source of income fell away. [1] For the rest of the world, evaluating the effects is a bit more difficult.

Even the best academics, commodity analysts and international organizations sometimes struggle to predict the effects of low oil prices, which is unsurprising: Oil prices are notoriously difficult to forecast,[2] being extremely volatile and dependent on whether the change was caused by increasing supply or demand. [3]

Traditionally, high oil prices were seen as a good situation for sustainable development. Especially when oil still traded at above $100 a barrel, it was certainly attractive to invest into new technologies, and many investors poured into the market for alternatives. Before the collapse of the oil price in 2014,[4] investment in renewable energies was growing by double-digit percentages nearly every year.[5] At the same time, high oil prices do not only lead to investment in sustainable technologies, but also in new oil extraction methods, such as hydraulic fracking and tar sands, particularly in the United States.[6] These new forms of oil extraction cause a flood of the market, driving down the price to meet the rise in demand. High prices kill high prices because human ingenuity finds a way to produce more in times of scarcity, in order to turn an even greater profit from oil.

In the past environmentalists were scared of the prospect of a prolonged period of low oil prices. Basic economics tells us that when the price of a good goes down, demand for it will go up. When consumers become more wasteful with their energy because of an abundance of oil, that cannot be good for our emissions reductions – so it is thought. They are not entirely wrong: When the oil price collapsed in early 2015, demand surged in the months directly afterwards. But what is remarkable is that for the rest of 2015, demand actually fell[7] despite oil prices hovering around $30 per barrel. In other words: When it comes to oil prices and sustainable development, there are more complex forces at work.

One of the benefits of low oil prices for the environment is that it becomes uneconomical for companies to extract oil from a variety of sources. For instance, in 2015 Shell got rid of all its extraction facilities in the Arctic, after the collapse of the oil price made the endeavour unprofitable.[8] This is not an isolated incident: oil is being left in the ground in other places as well, because it is just not profitable to extract it.[9] And oil that is kept in the ground cannot pollute the atmosphere.

So what is the net effect of the low oil prices for the environment? That is still hard to call. However, maybe we are asking the wrong questions. Perhaps low oil prices are an output, rather than an inout, of sustainable development. What if they are the result of a structural transformation of our economy?

First, it is important to understand the basics of how renewables affect oil prices. Oil is used for many purposes, including for industrial petrochemicals, transport, and power generation. Competition between renewables and fossil fuels occurs mostly in the latter, not because we burn oil in our power plants (we rarely do)[10] but because of natural gas. Oil and gas prices are closely related due to their substitutability,[11] which means that reduced demand for natural gas puts significant downward pressures on global oil prices.

Therefore, the arrival of new, cheap alternatives can be seen as disastrous for oil producers. As renewable prices are falling, they approach the energy costs per MWh of natural gas-fired power plants.[12] Renewables are already equally or less expensive than the newest and most efficient fossil fuel technologies in some circumstances, and this trend is not likely to stop. In fact, 2015 marked a record year for renewable energy sources, with 147 Gigawatts being added in the power sector alone.[13] To put that into perspective: Renewable energy added more capacity than all other forms of power generation combined.[14]

This contribution of cost-effective alternatives is an important and often overlooked part of oil prices. When new capacity is generated by renewables, rather than fossil fuels as the market expected, demand for the latter drops and prices take a dive. That would explain why, despite unprecedentedly low oil prices, renewables are still going strong.[15]

Of course, this effect must not be overstated: oversupply and slowdown of the world economy are still incredibly important for the price of oil. But oversupply can be tackled by organized production cutbacks, and demand for oil is likely to increase again when the global economy rebounds. Falling renewables prices, on the other hand, are not so easily subject to a reversal of fortune.

There are still many challenges for the renewable generation, particularly in the transport sector, which means that oil will not be obsolete for decades to come. But it is encouraging to see that technological advancements are exceeding everyone’s expectations. Perhaps the environment is not completely damned after all.

Pim ten Haaf is a graduate student at Wageningen University and Research Centre. With a background in forestry and climate change, he writes about the role of energy, forests and agriculture in climate change and the global economy. Before becoming a writer at Viissi, he interned at the Hague Centre for Strategic Studies and Chatham House where he wrote on energy security, agricultural commodities and climate change.

Part 1/2: Low Oil Prices and the Global Economy: Why OPEC’s Lifeblood has dried up.

[5] Renewables investment grew rapidly during the last decade with the exception of two instances: First, the financial crisis of 2008 hit global investment hard, including those for renewables. Second, 2012 and 2013 marked a slight decline due to cutbacks in government ‘green stimulus’ investment packages. FS-UNEP Centre (2016), Global Trends in Renewable Energy Investment 2016, at http://fs-unep-centre.org/sites/default/files/publications/globaltrendsinrenewableenergyinvestment2016lowres_0.pdf.

[6] US Global Investors (2012), The Significant Impact of U.S. Oil Production, at http://www.usfunds.com/investor-library/investor-alert/the-significant-impact-of-us-oil-production/#.V3grBvmLRaQ.

[9] The Guardian (2016), The Guardian view on the economic and environmental impact of falling oil prices, at https://www.theguardian.com/commentisfree/2016/jan/13/the-guardian-view-on-the-economic-and-environmental-impact-of-falling-oil-prices.

[11] EIA (2012), Fuel Competition in Power Generation and Elasticities of Substitution, at https://www.eia.gov/analysis/studies/fuelelasticities/pdf/eia-fuelelasticities.pdf.