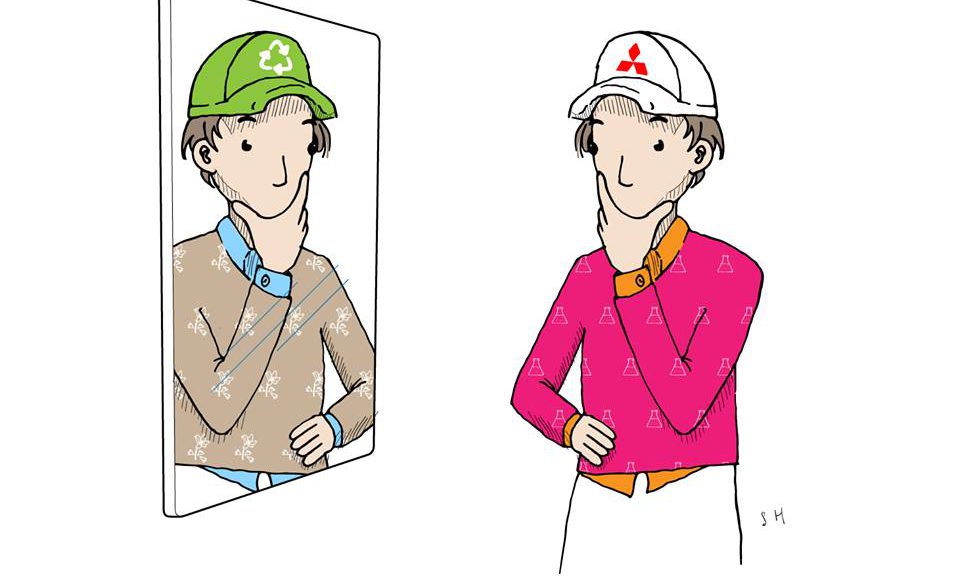 Europeans tend to have the attitude that environmental issues are important and that climate change influences their daily lives. However, they rarely make the connection to their own consumption.

Climate change has arrived in the midst of our society. Gone are the days of the cliché of an environmentalist wearing Birkenstocks, having dreadlocks, not eating meat and living in a VW bus. Today, many of us consider ourselves environmentalists: shopping in organic shops is hip; as well as wearing jute sacks, and eating vegan seem to have graduated from being insults to being desirable. The awareness of our individual role in environmental problems has become common knowledge in the past years.

NEXT POST: I Recycle. Therefore I am … an Environmentalist

For the many things that affect society, scholars have found that society has to be ready for them. This was the case for the reading revolution that followed the invention of the printing press by Gutenberg. Another, maybe more relatable example, is the invention of cell phones. Originally, it was not thought that cell phones would have much of an impact, but nowadays barely anyone seems to be able to live without them. This mechanism seems to apply to the awareness of climate change too. When climate change research began in the 1960s hardly anyone cared, it even took a long time for scientists to reach an almost universal consensus that it exists. Now, in the 21st century, society is ready and there seems to be a societal consensus concerning the need to combat climate change.

A Eurobarometer from 2014 investigated European attitudes towards environmental issues and found that an overwhelming majority of Europeans indicate that protecting the environment is very or fairly important to them personally. Likewise, almost the same amount of people, and therefore a large majority of Europeans, agree that they can play an active role in protecting the environment (see below). At first glance, this seems like good news. Concluding, I have presented rather a lot of numbers that paint a conflicting picture and point to problems in climate change communication. The good news: we can see that Europeans do agree that environmental issues are important and that they can individually play a role in combatting climate change. However, there seems to be a lack of knowledge regarding the issue, particularly in terms of individual behavior. Another Eurobarometer from August 2014 supports this finding. When asked what was the most important issue facing the European Union today, only a small percentage of respondents named climate change on top. Instead, the economic situation and immigration were the issues named most often by respondents.

As such, the following articles will address this problem concerning the missing connection between attitudes, knowledge, and behavior, and present some of its sources. To illustrate this point, the problem could be compared to two friends eating ribs at their favorite restaurant, to which they both drove separately in their SUVs. The discussion topics of the night include the dangers of climate change in Africa, but also the appreciation for their surprisingly warm and dry summers at home in recent years.

Melissa Strassner is a graduate student in political communication at the University of Amsterdam and has a background in political science with a minor in law. Before writing for Viissi she spent a year abroad in Spain, interned at a local newspaper and at the European information center in Berlin. Her special interests are European and German politics and communicating climate change and sustainability to the public.

Part 1/6: The Dissonance of Climate Change Attitudes and Environmental Behaviour

Part 2/6: I Recycle. Therefore I am … an Environmentalist

Part 3/6: The Road to More Energy Use is Paved with Increasing Wealth

Part 6/6: Changing People is not Always Easy… But it can be Fun