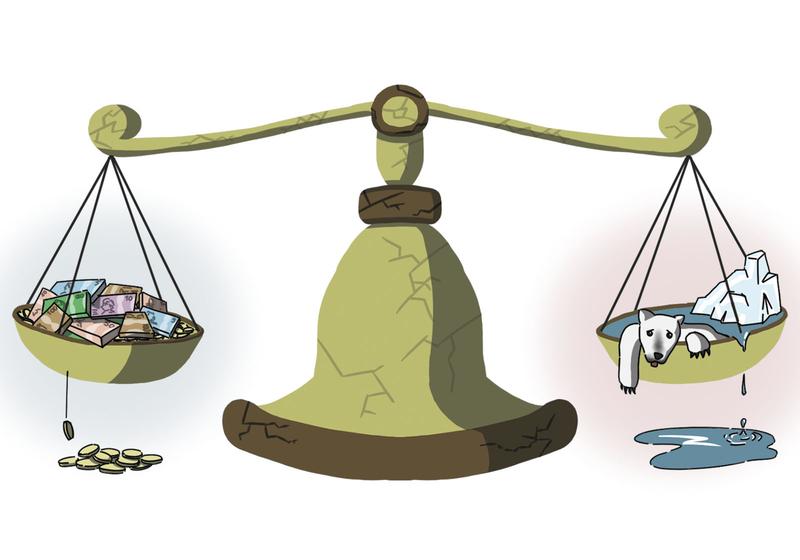 As an individual in a highly organized, institutionalized and controlled society, is there any way that you can affect its direction? Do you feel compelled to influence progress in society, or is that the responsibility of the governments we put in place? What role does the individual have in affecting legal change aside from the vote?

Looking at growing environmental concerns, it becomes clear that the laws in place are futile in the face of rapid environmental change. Yet, it is within this area that civil society has been most proactive.

In this blog series, I will explore the responsibility and importance of the individual affecting legislation through the lens of environmental sustainability.

Blog 1 provides a brief backdrop of the international legal framework in place and its effect on national policy.

Blog 2 tackles Trade vs the Environment; the growing dominance of agribusinesses and the oppression of the farmer and how our legal ‘developments’ have created a deeply unbalanced system of power.

Blog 3 tackles the role of civil society in shaping law. This entry shall exemplify how civil organizations have pushed law-making forward often championing the importance of ethical legislation.

Blog 4 will take a quick look at the role of media and its influence on civil organizations and movements.

The Environment and The Law: Current Outlook and Shortcomings

There are many ways international law has responded to environmental degradation, pollution, and climate change. Environmental conferences have brought nations together to discuss global agendas, endorse common principles and establish environmental institutions. The most well-known environmental legal achievements are declarations, which reflect numerous rights and obligations: rights to a healthy environment (found in the Stockholm declaration); environmental protection integral to development (Rio declaration); collective responsibility to advance and reinforce the pillars of sustainable development (Johannesburg declaration).

However, though binding, many treaties do not have effective enforcement mechanisms. For example, the Kyoto Protocol prescribes penalties for non-compliance of greenhouse gas emissions caps in the form of an increased percentage of reduction obligations, as well as a ban on trading for credits. This form of enforcement has been criticized as lenient and ineffective. Another example is the Convention on Biological Diversity which also lacks any effective enforcement mechanism.

Generally, under international law, the lack of effective enforcement possibilities is often criticized. Yet, observing the areas of international law that are most effective, enforcement is clearly essential. It seems that there must exist an authoritative body that can issue penalties for non-compliance. The treaties that prove to be most effective are those with specialized courts or tribunals that can impose sanctions on parties that do not comply. Some examples of this include the UN Convention on the Law of the Sea with its corresponding tribunal ITLOS, and several WTO treaties and the WTO Dispute Settlement Body.

When it comes to the environment, however, there is a significant void in the existing regime’s enforcement possibilities. There are currently no international environmental treaties that have enforcement power.

The current status of environmental issues is left to analysis, advocacy, research, and recommendation. An example of this is the United Nations Environment Programme (UNEP). This body works with promoting cooperation and coordination among nations and to provide general policy guidelines in the area of the environment. UNEP has also been critical in arranging various international environmental protocols and conventions. However, despite its global monitoring capabilities, the UNEP remains both small and under-financed, and thus unable to effectively affect national policy.

More importantly, the UNEP does not have any enforcement power and relies on the implementation by member states, a so-called ‘self- compliance’. In the face of this self-compliance stand other, more pressing concerns that national governments give precedence to. Financial investments and trade agreements will take priority before fulfilling (potentially conflicting) environmental norms found in international conventions, primarily because under the trade regime there are effective enforcement mechanisms.

For example, disputes that fall under any World Trade Organization treaty will be dealt with by the dispute settlement body (DSB) which issues a ruling (1) often requiring the losing member state to realign their national laws, policies, and regulations to the treaty agreements and WTO standards; or (2) to withdraw the measure which is being contested. If the losing member state does not do so, enforcement is achieved through allowing the winning state to engage in retaliatory measures, such as suspending tariffs. In this way, it is not the DSB that implements enforcement mechanisms, but it does so indirectly by allowing the winning state to implement procedures that would otherwise be prohibited under the WTO in order to coerce the losing state into alignment.

There has been discussion whether such an enforcement mechanism is indeed effective. The fact that retaliatory measures are rarely called for proves that member states favor aligning laws rather than suffering trade consequences. Furthermore, it is worth stating that retaliatory measures are only beneficial for nations that possess global economic power, predominantly the USA, the EU, Canada, China, Japan, India, and Brazil. The majority of WTO member states are countries with smaller economies whose retaliatory effects would prove insignificant to other larger players.